The History of SCEGGS Darlinghurst

Sydney Church of England Girls’ Grammar School (or S.C.E.G.G.S.) commenced in a terrace house at 65 (now 55) Victoria Street, Darlinghurst with one pupil, Mary Watson, one teacher, Miss Janet Uther and the Principal, Miss Edith Badham. Within a year, the school had increased to 50 pupils and moved to “Chatsworth”, a larger home in Macleay Street.

Within five years, the school had 100 pupils, including a Kindergarten and Junior school. “Barham” in Forbes Street, Darlinghurst was purchased and the school moved there in 1901. 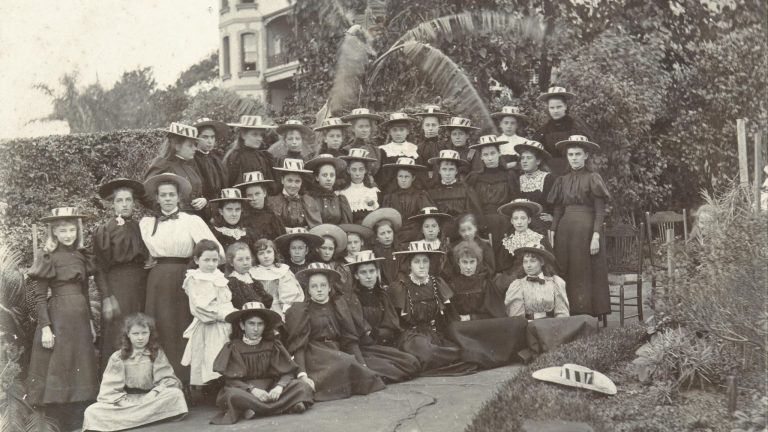 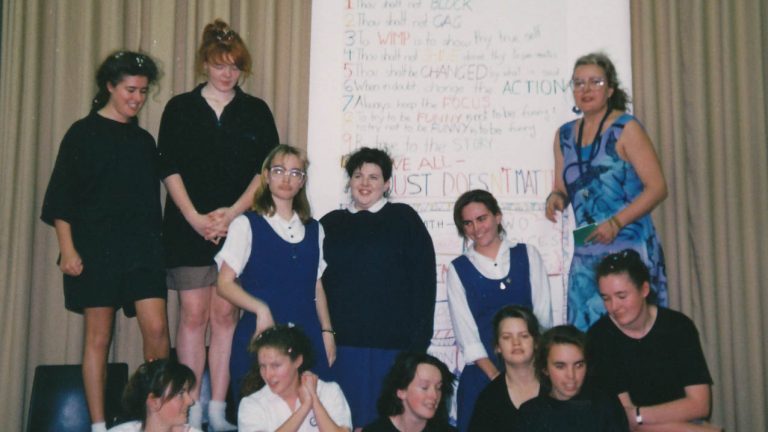 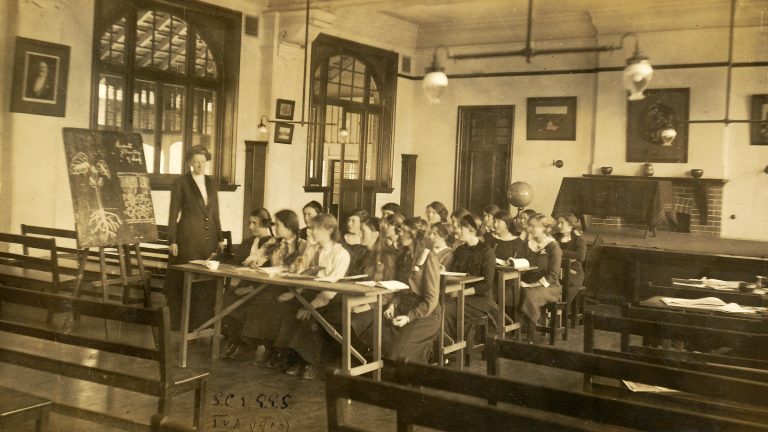 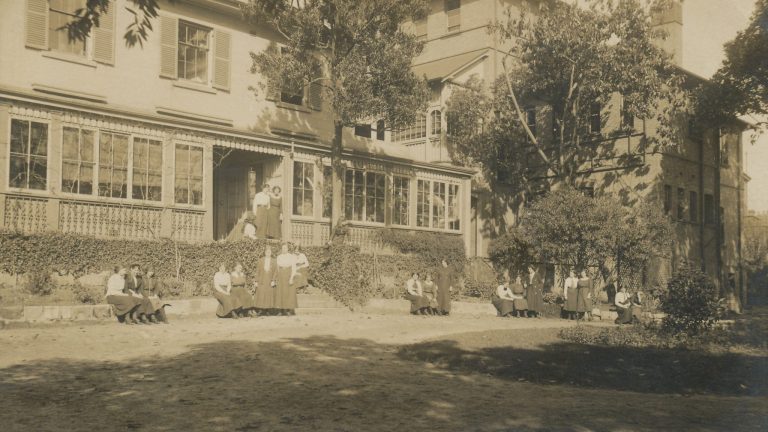 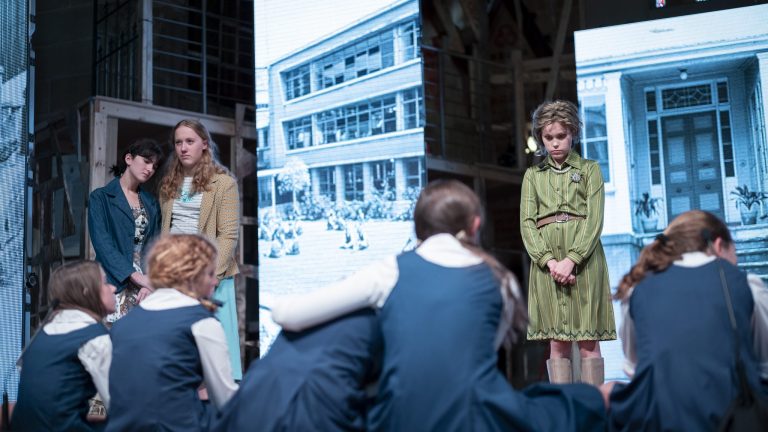 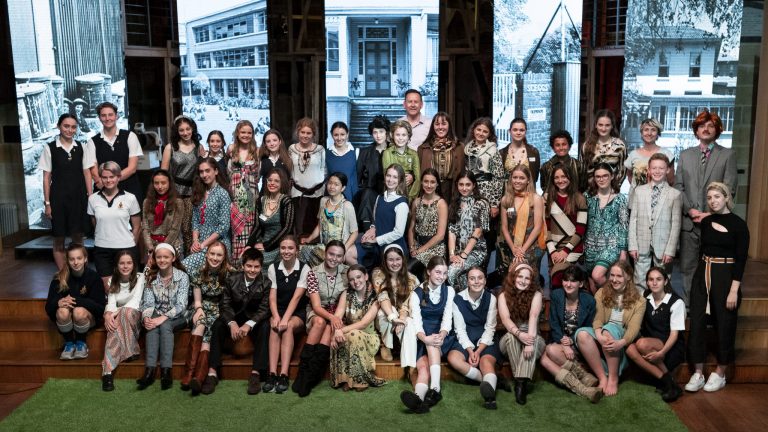 The extensive initial curriculum consisted of:

‘Religious instruction throughout the School … English Language and Literature, Geography (Physical and Political), History (Ancient and Modern), the Classics (Latin throughout the School, Greek when desired), Mathematics; Arithmetic, Algebra and Geometry; French Language and Literature – (special attention will be paid to French Conversation), German or Italian, Needlework, Drilling.’
(1896 Prospectus)

Scientific subjects were offered for pupils ‘who have reached a fair standard of proficiency’. Music, Visual Arts, Dancing, Gymnastics and Swimming were all offered as ‘extras’ as were Cookery and Dressmaking, but only if there was ‘sufficient demand’.

In founding SCEGGS Darlinghurst, the Sydney Synod planned a network of Church of England High Schools. SCEGGS branch schools were established at:

The Headmistresses of all the SCEGGS schools met quarterly to discuss and arrange the schoolwork, ensuring consistency in standards and syllabus.

In the early 1970s many independent schools across Australia were struggling with the effects of dramatic increased costs: for the five SCEGGS schools operating expenses were projected to double between 1970 and 1974.

In response to a planned major widening of William Street, the School Council announced in 1971 plans to redevelop the school and build two large office blocks on William Street. The Council hoped that the income from this venture would ‘in due course alleviate for SCEGGS the serious and growing financial crisis.’

Unfortunately, instead of securing the Schools’ future, this project added to the crisis which led to the five SCEGGS Schools group disbanding: SCEGGS Moss Vale closed in 1974; in 1975 SCEGGS Gleniffer Brae (Wollongong) students amalgamated with their local Anglican brother school, The Illawarra Grammar School; in early 1976 SCEGGS Redlands was taken over by a group of parents with plans to make it a co-educational school; and the Anglican Schools Corporation took over management of SCEGGS Loquat Valley. Finally, in November 1976, it was announced that SCEGGS Darlinghurst would also close as the loans by the Council could not be repaid.

As part of the rescue, a company, SCEGGS Darlinghurst Ltd, was created. It bought the School site on 30 March 1977. This company continues to own the site and operate the School. Its Board is made up of two Old Girls nominated by the Old Girls’ Union, representatives of the Company – usually parents or former parents, and up to four Diocesan representatives, giving a maximum of 12 Board members.

In December 1976 SCEGGS Darlinghurst Ltd, was created and purchased the School site on 30 March 1977. This company continues to own the site and operate the School. Its Board is made up of two Old Girls nominated by the Old Girls’ Union, representatives of the Company – usually parents or former parents, and up to four Diocesan representatives, giving a maximum of 12 Board members.

Five Heads of School have led SCEGGS since 1895:

Under their leadership, SCEGGS has expanded from a terrace house in 1895 to a campus incorporating the new Joan Freeman Science, Art and Technology Centre, the new libraries, a new Primary School, Senior Studies Centre, Performing Arts Centre, Sports Hall, Great Hall, and many other buildings containing attractive, functional classrooms surrounded by appropriate, appealing outdoor areas and playground spaces for students.

Enrolments have grown since that day Mary Watson sat at her desk in July 1895 to more than 900 students from Kindergarten to Year 12.